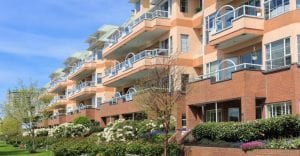 Multifamily investors are still able to get low interest rates on permanent loans as different lender groups continue to compete for market share.

“The competition between the agencies and life companies is creating bidding wars on the debt side, with increased interest-only and decreased spreads a requisite to win deals,” says Brandon Harrington, managing director with JLL Capital Markets.

Benchmark interest rates like the yield on 10-year Treasury bonds have risen nearly half-a-percentage-point since last year. But the interest rates on permanent loans for multifamily assets have remained relatively stable. To make more loans, lenders are cutting the extra amount that they add to interest rates—the “spread” between their cost of capital and the interest rates they charge borrowers.

Lenders keep fighting to make loans partly because on a national basis, apartment rents continue to rise. “We’ve been expecting a moderation of rent growth for a few years now and have continued to be surprised how resilient the market is,” says Harrington.